Since it is Easter…
7 (of many) reasons I think Jesus was the man:
One. Jesus a radically awesome friend to women. There is a Jewish blessing that goes, “Blessed are you, Lord God, Ruler of the Universe, who has not made me a woman.” In Jesus’ day women were essentially seen as property. Men didn’t speak to women in public. Rabbis were not to teach women.  And yet we see many accounts of Rabbi Jesus teaching women, even one-on-one. He included men and women as disciples. We see Jesus interact with women intimately and personally. They flocked to him. They used their resources to support his ministry. Jesus violated the morals and traditions of his society to give women honor and respect.
When the religious leaders were tired of Jesus’ popularity, teachings, and rule-breaking, they thought they could bring a charge against him. So they instigated a mob and drug a woman caught in adultery (which was punishable by death) before Jesus. They said to him, “Teacher, this woman has been caught in the act of adultery. Now in the Law, Moses commanded us to stone such women. So, what do you say?”
Jesus has a lose-lose situation, here. If he shows her mercy, he ends up condoning adultery and getting arrested or at the very least he proves the Pharisees’ point. If he agrees with the stoning, then so much for all his teaching on mercy and forgiveness. So much for his unique and against-the-grain treatment of women. So what happens?
He bends down and writes something on the ground (what he wrote remains unknown, but I like to think it said something like, “Suck it, Pharisees!”). Then when they continued to question him, he stood up and said, “If any one of you is without sin, let him be the first to throw the stone at her.”
BOOM. No takers. No condemnation. Walk away, people. Daughter: go home, live your life, don’t cheat anymore.
Who stood at the foot of the cross when Jesus’ male disciples fled? Ladies.
Who did Jesus choose to first appear to when he rose from the dead? Ladies. WHAT?! This is amazing. Women had such little standing in culture and certainly no authority to be religious spokespersons. And here Jesus is, giving them this role to be the first to tell others of his resurrection.
Two. Jesus was really annoyed by self-righteous religious people and legalism. Amen, me too. Thank God. Literally. Jesus told the crowds in Matthew 23, “…don’t follow their example. For they don’t practice what they teach. They crush people with unbearable religious demands and never lift a finger to ease the burden. Everything they do is for show.” He goes on to say to the Pharisees things like, “What sorrow awaits you teachers of religious law and you Pharisees. Hypocrites! For you shut the door of the Kingdom of Heaven in people’s faces. You won’t go in yourselves, and you don’t let others enter either…For you cross land and sea to make one convert, and then you turn that person into twice the child of hell you yourselves are!….You ignore the more important aspects of the law- justice, faith, and mercy…Outwardly you look like righteous people, but inwardly your hearts are full of hypocrisy and lawlessness…Snakes! Sons of vipers!”

That’s pretty intense stuff. As with the parable of the tax collector, Jesus consistently and intently made it evident that God looks at each individual’s heart posture. Only he knows, only he can make judgements. The rest of us are commanded to love.

Three. Jesus understands suffering. I take comfort in knowing this. That when I grieve something or someone, he’s doing it, too. I won’t even begin to compare any of my suffering to what he experienced. But he knew the pain of being betrayed by close friends. He knew the gut-wretchingness of seeing insane injustices all around him. He knew hunger. He knew accusation. He knew the pain of giving up family. He knew the pain of death. He experienced all the emotions I experience. I love worshipping a God who’s response to human suffering was to enter into it- to endure it with me and for me.

Four. Jesus was grace. The crucifixion story amazes me because I see just how jaw-droppingly full of grace God is, even in torture, awaiting an unjust death. His first words on the cross are to ask God to actually forgive the people who are killing him (Luke 23:34). Then, the criminal who hung on the cross next to Jesus, acknowledging Christ’s innocence, asks to be remembered when Jesus enters his kingdom. He doesn’t start confessing his sins or asking how to ‘get saved’, he simply asks to be a part of the kingdom. In his last seconds of life, hanging in excruciating pain on the cross, Jesus assures him they’ll be in paradise together that day (Luke 23:43). And then his last words on the cross moments before he dies are, “My God, my God, why have you forsaken me?”

Five. Jesus was a “come to the table” guy. He was known disapprovingly as a friend to prostitutes, tax collectors, lepers, and a whole assortment of social outcasts. Jesus chose to wine and dine this crew. Even the disciples were a bunch of kids who hadn’t made the cut. Jesus seemed to do a lot of his ministry during mealtimes. Jesus’ first miracle (while full of symbolism) was turning tons of water into the best wine to save a bride humiliation and keep the reception dinner party going. During dinner one night, Jesus exemplfies the servanthood of leadership by washing his students’ feet. Jesus taught that the kingdom of heaven is like a wedding feast. Then, most infamously at the last supper he first offers himself as the Eucharist using bread and wine.

Six. Jesus was a story-teller. Who doesn’t love a great storyteller? The endless parables used to get on my nerves a little. If Jesus was worried about making everything clear and not leaving much up for interpretation, I don’t feel like he did that. He was a man of symbolism. I’ve come to hold a deep appreciation for that and what I assume his reasonings are for teaching this way. Parables, or stories that parallel a principle with an easily understood illustration are for one, memorable. They also allowed him to teach controversial lessons without getting in trouble with religious authorities for heresy. They indicate people’s spiritual condition, being lost on those who are resistant to instruction, while piercing the hearts that are open. And ultimately, I think it was because Jesus wanted to show us God, not lecture us about his principles. Jesus illustrates that he wanted us to understand how good God’s kingdom is and what it means for us as broken, fallen people. Jesus was constantly confronted with ways in which God’s intention had been perverted by human brokenness. God’s way had become all about religion and rules, not about humility and love.

Seven. Jesus meets you where you’re at and has faith in you. Obviously, there are a lot of stories where Jesus is talking to a large group of people, but I’m always most amazed by his one-on-one interactions. He didn’t use a system or have a method when it came to healing and drawing people into relationship with him. He used various methods of speaking commands, asking questions, being touched or touching, forgiveness, compassion, to convey God in the way that specific person needed to receive it. He knew where each person’s faith was at, and he got on that level to call them into restoration. To call them to follow. I love this (paraphrased) part of Rob Bell’s “Dust” sermon…

If you are a disciple, you have committed your entire life to being like your rabbi. If you see your rabbi walk on water, what do you immediately want to do? Walk on water. So this disciple gets out on the water and he starts to sink, so he yells, “Jesus save me!” And Jesus says, “You of little faith, why do you doubt?” Who does Peter lose faith in? Not Jesus; Jesus is doing fine. Peter loses faith in himself. Peter loses faith that he can do what the rabbi is doing. If the rabbi calls you to be his disciple, then he believes you can actually be like him. As we read the stories of Jesus’ life with his disciples, what do we find that frustrates him to no end? When his disciples lose faith in themselves. He doesn’t get frustrated with them because they are incapable, but because of how capable they are.

So Jesus, at the end of his time, tells the disciples to go make more disciples. Then he leaves. He dies. He promises to send his Spirit to guide and direct them, but the future of the movement is in their hands. He doesn’t stick around to make sure they don’t screw it up. He’s gone. He actually trusts that they can do it. God has an incredibly high view of people. God believes people are capable of amazing things. I’ve been told that I need to believe in Jesus, which is a good thing. But what I’m learning is that Jesus believes in me. 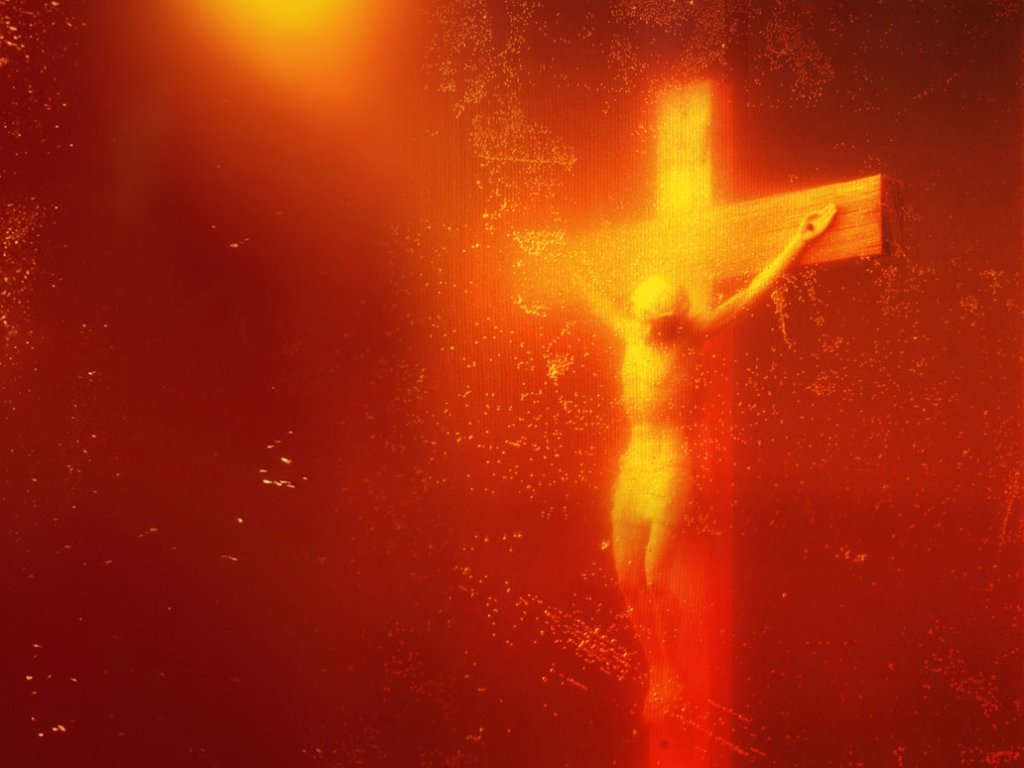