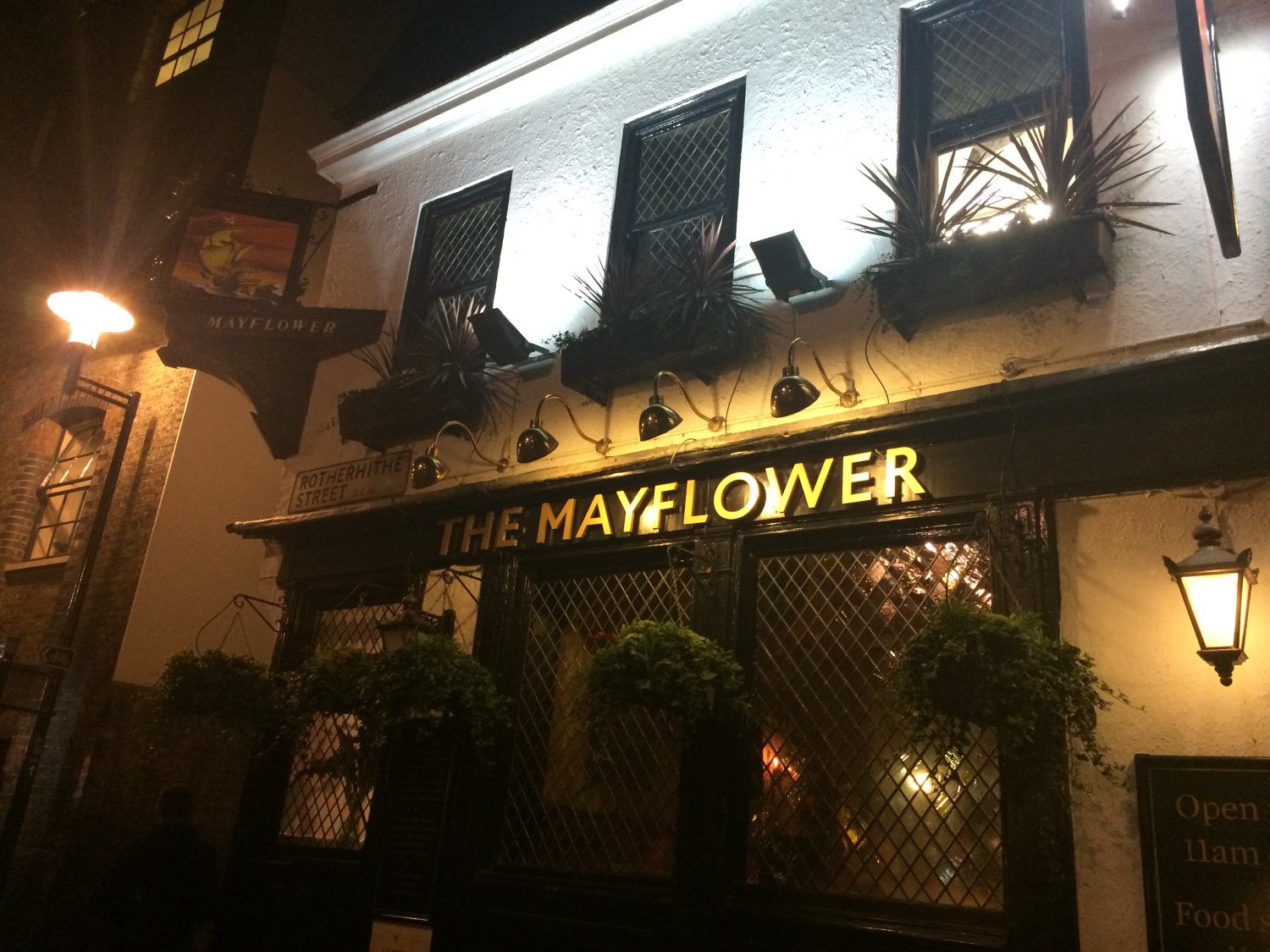 One. Men of America…you really need to step up your suit game. The Brits are killin’ it.

Two.  Saturday morning at Camden Lock market was unreal. I have never seen both food and people from so many different places in my life. It just went on for forever. If my wallet and stomach didn’t have their limits, I would have been there all day. No questions asked. 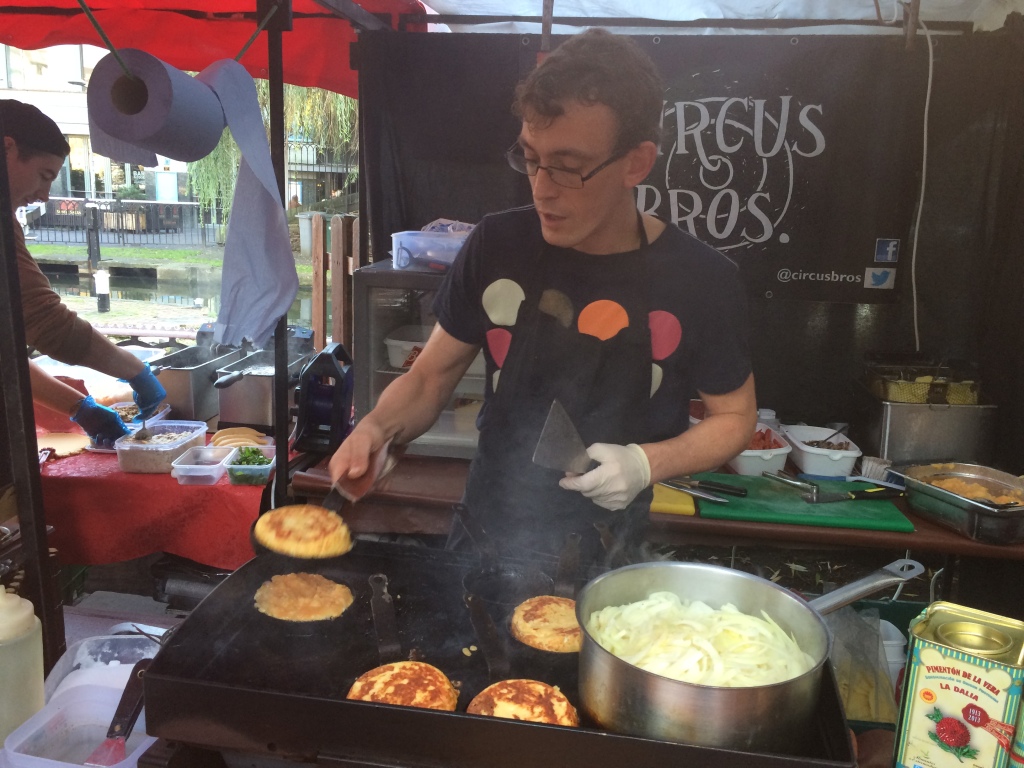 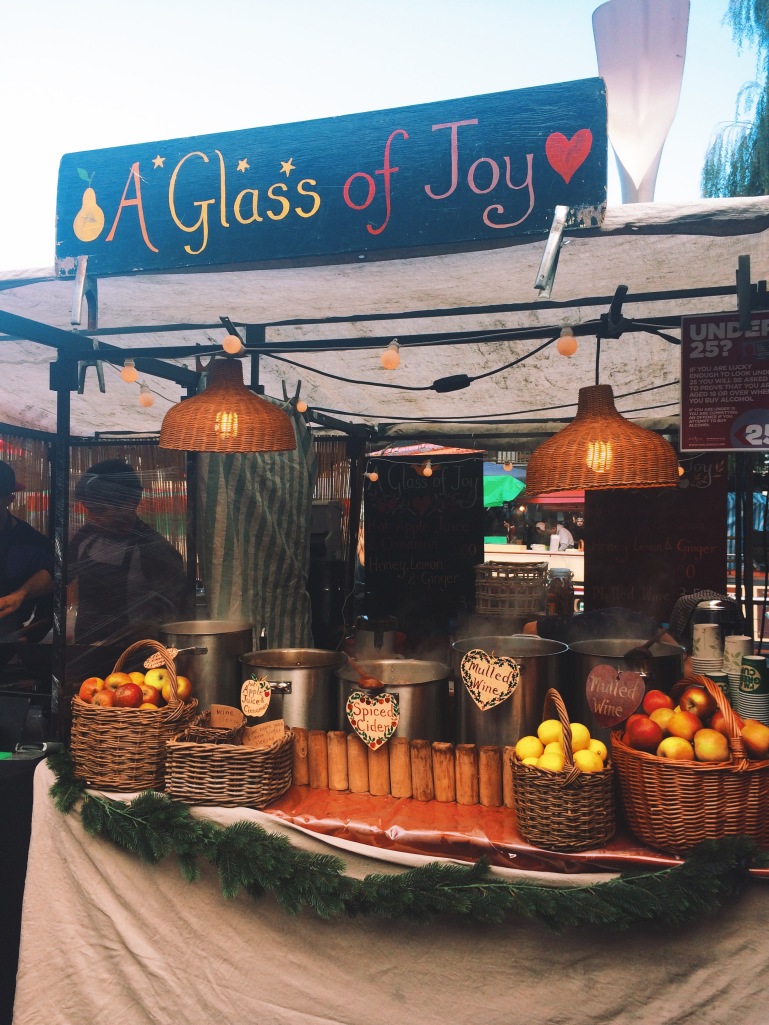 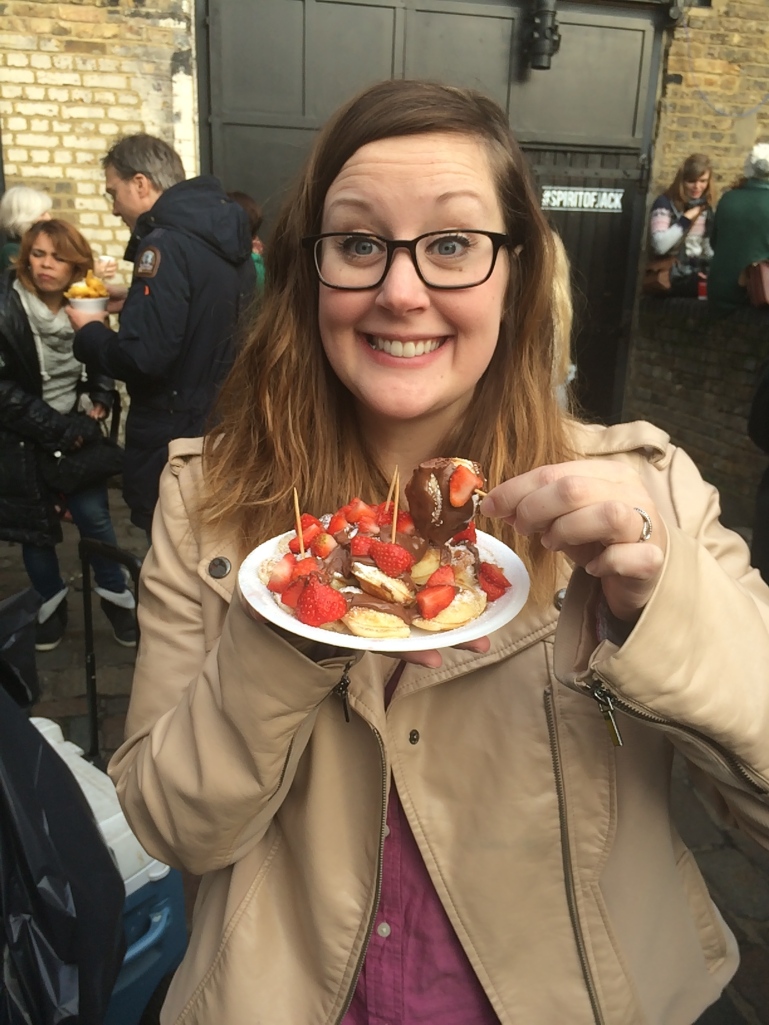 Three. Nothing beats family, sweatpants and home cooking on Thanksgiving but if something were going to come close, this would definitely be it. Having Thanksgiving dinner at The Mayflower. It was the nearby landing steps to this pub that the Pilgrims set sail aboard The Mayflower Ship towards America. For dinner, the pub (their wifi password was Scurvy1620- ha!) served pumpkin soup, roasted turkey with sage stuffing, sweet potato mash and vegetables, topped off with pecan pie and ice cream. Needless to say, we left full and happy. 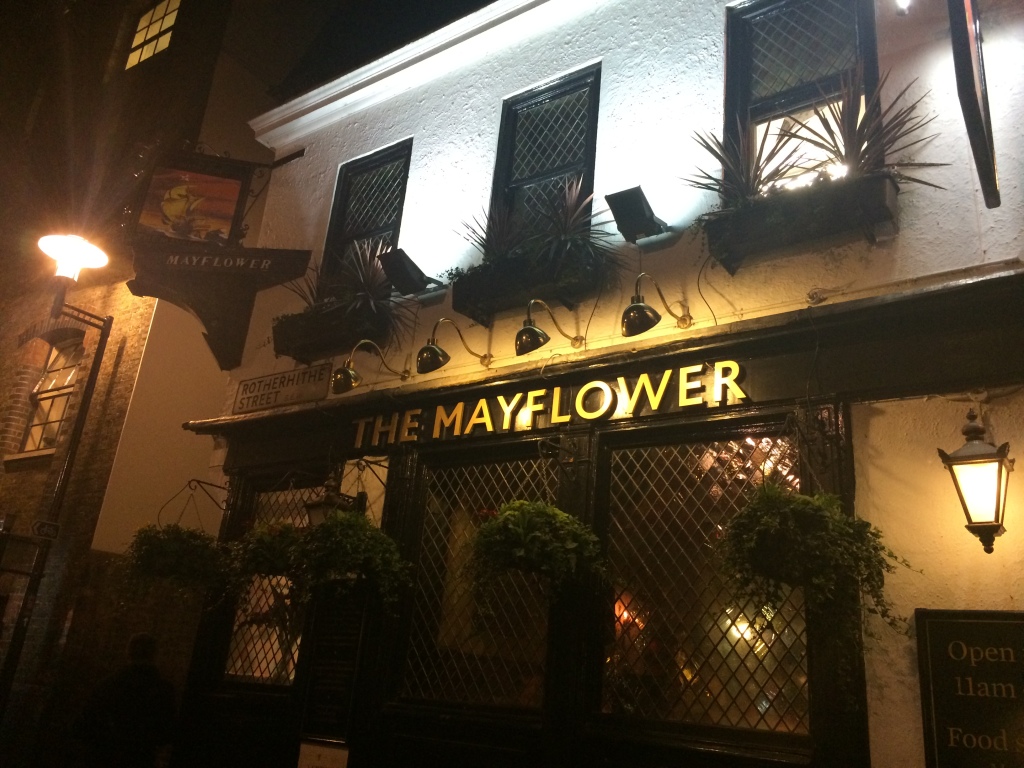 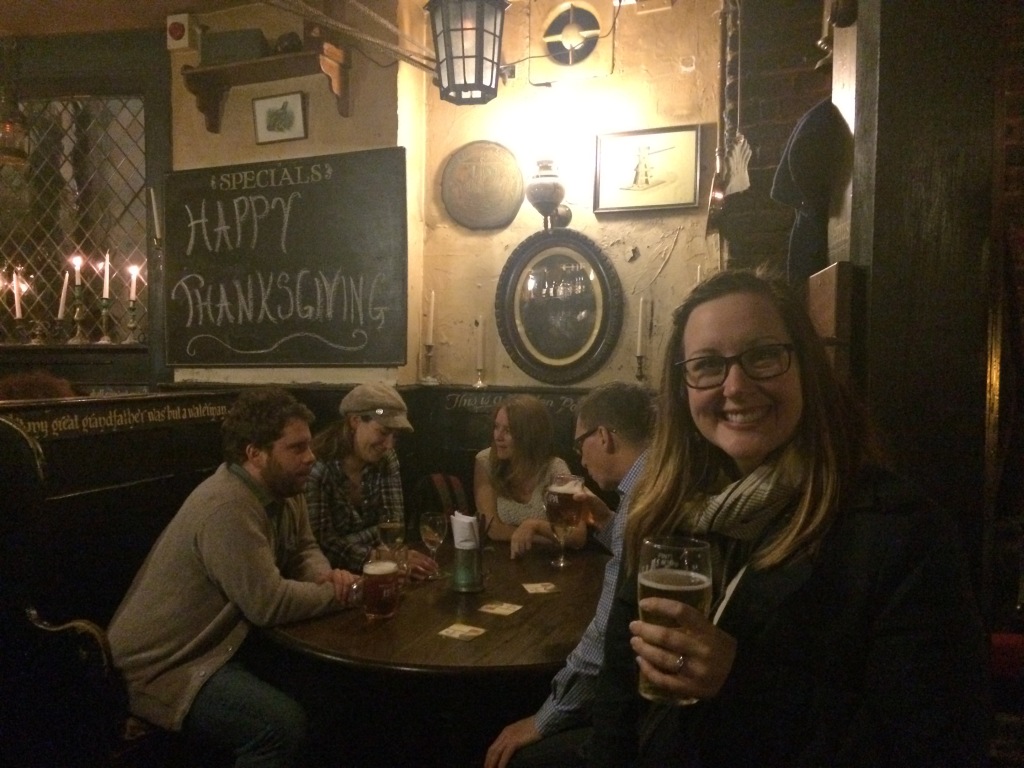 Four. I really like people watching and I do that thing where you kind of imagine everyone’s story in your head. Public transportation caters wonderfully to that interest. So, quite honestly, a highlight of the trip to London was just riding around on the tube. You never know what conversations you’ll have or hear. There’s drunk people, kissing people, crying people, sleeping people, etc. No one can hide. So much humanness cramped into a tiny cart. It’s a beautiful thing.

Five. For days I was debating whether or not to fork out the 30 quid to see Warner Bros. Harry Potter Studio. It was completely worth it. Literally everything you could want to see or learn about, you had access to. It was truly magical. 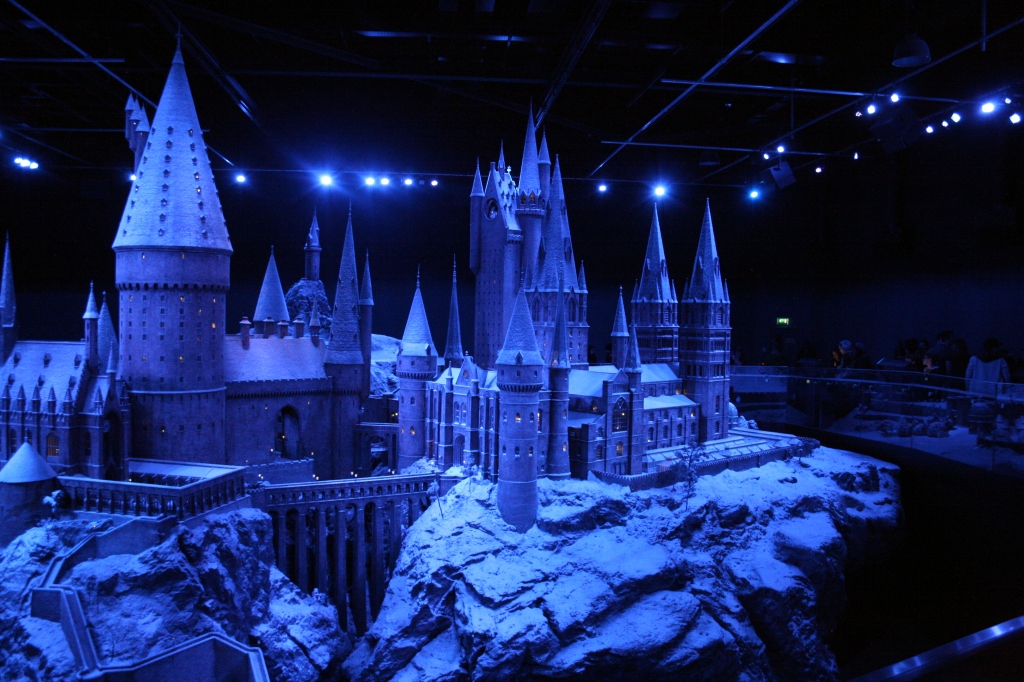 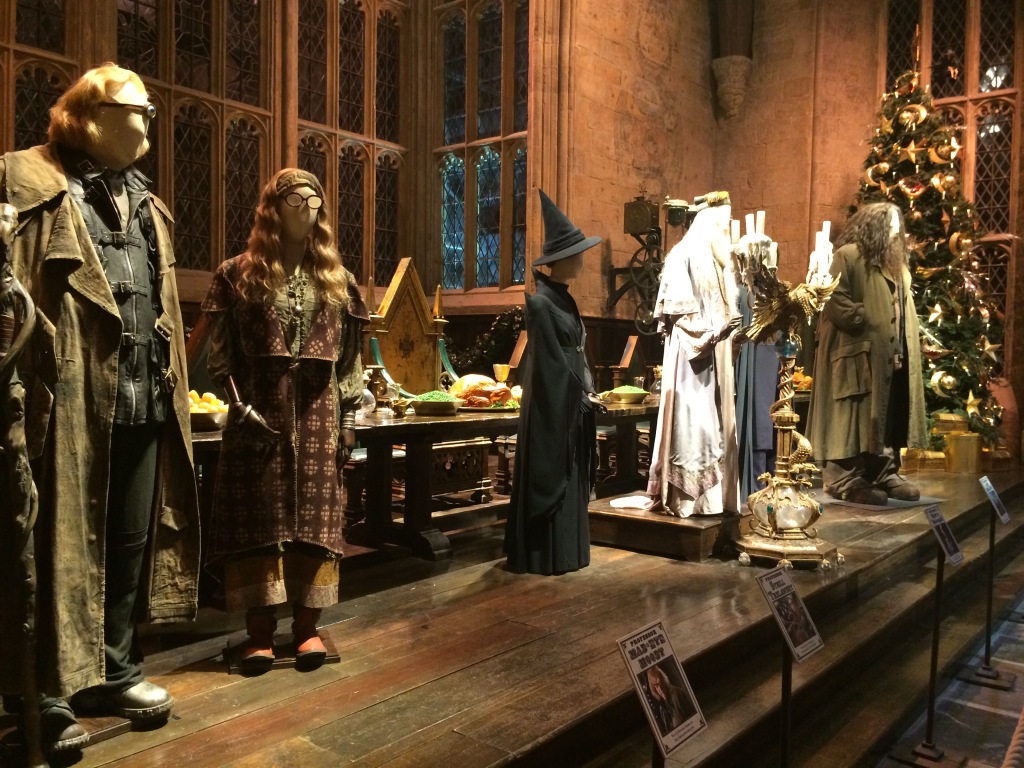 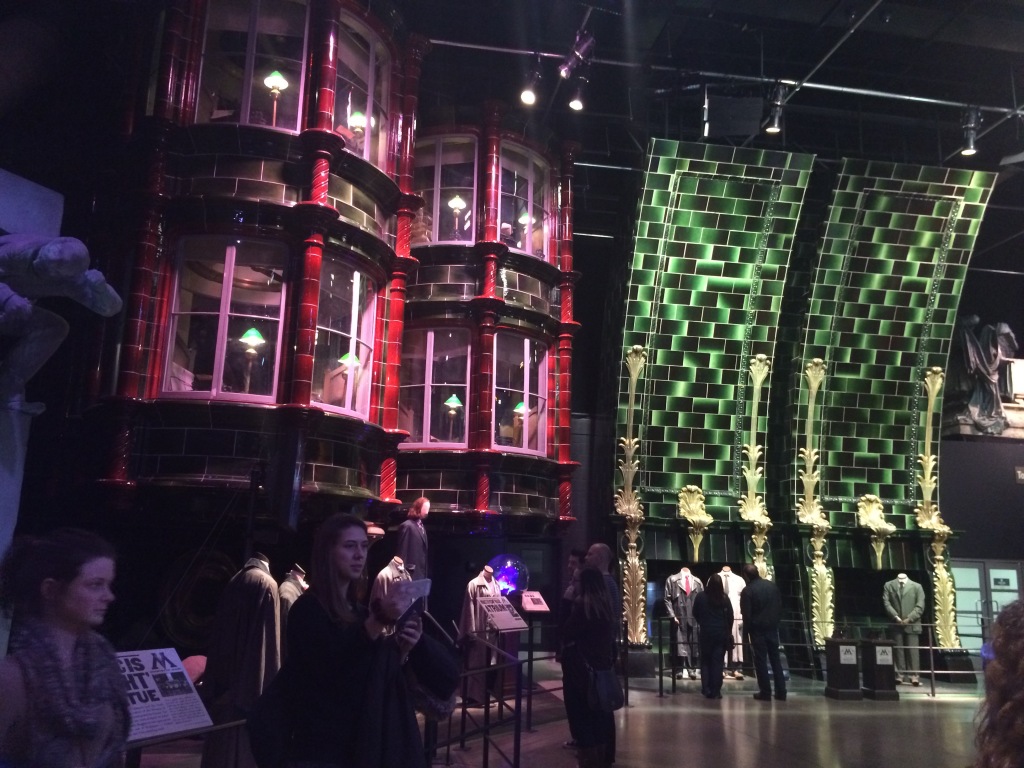 Six. We had a few art dates around the city but I’ll have to come back because there’s so much more to see (The HP Horst exhibition at The V&A, The Tate Modern and The Painted Hall at The Royal Naval College)! 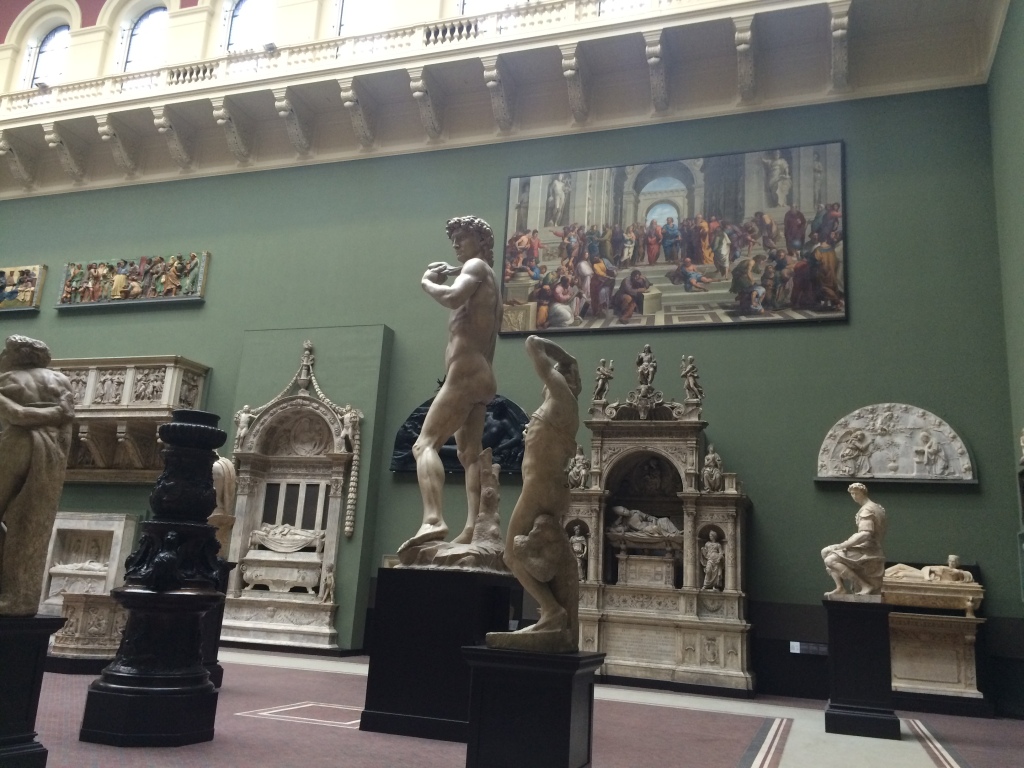 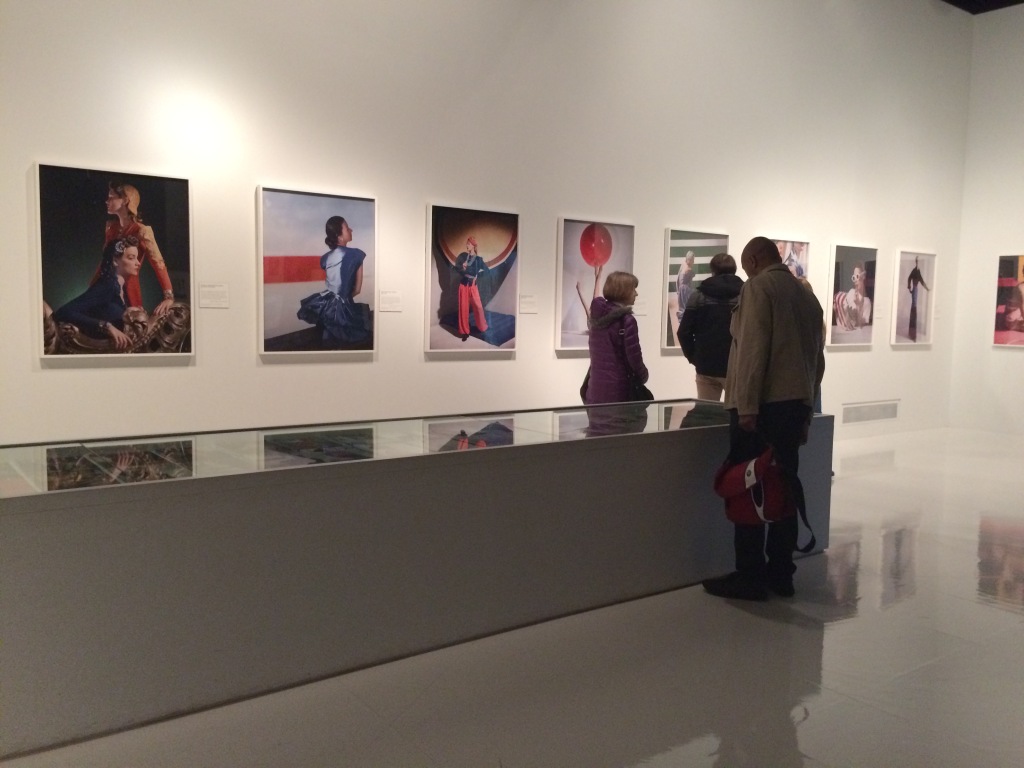 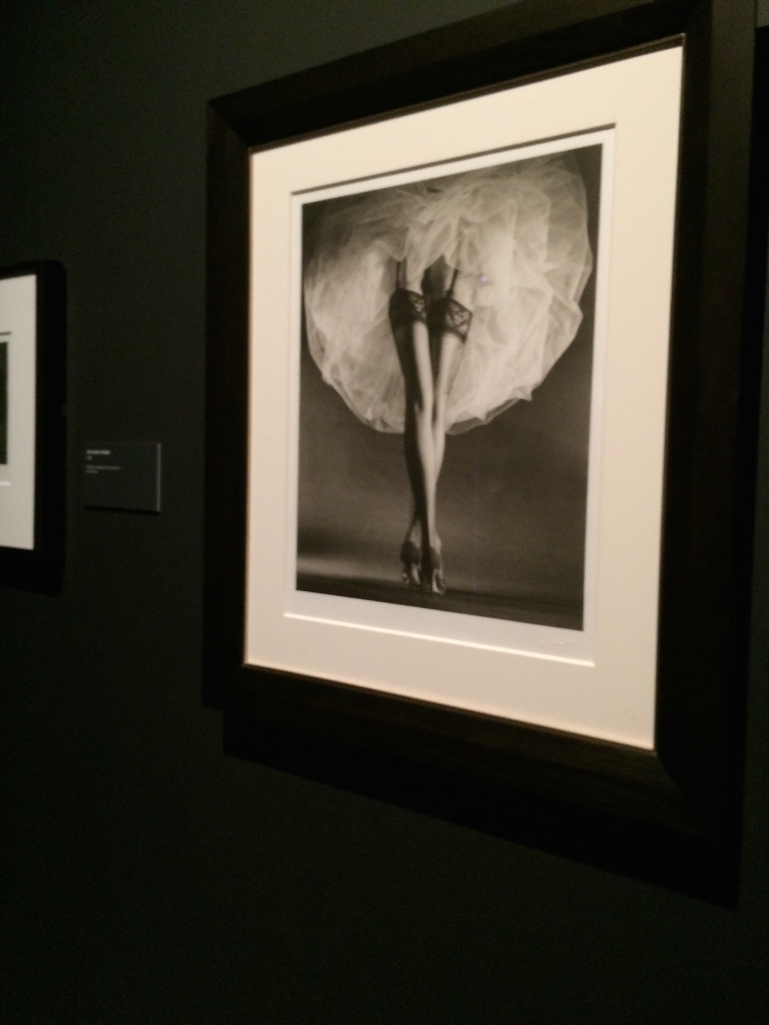 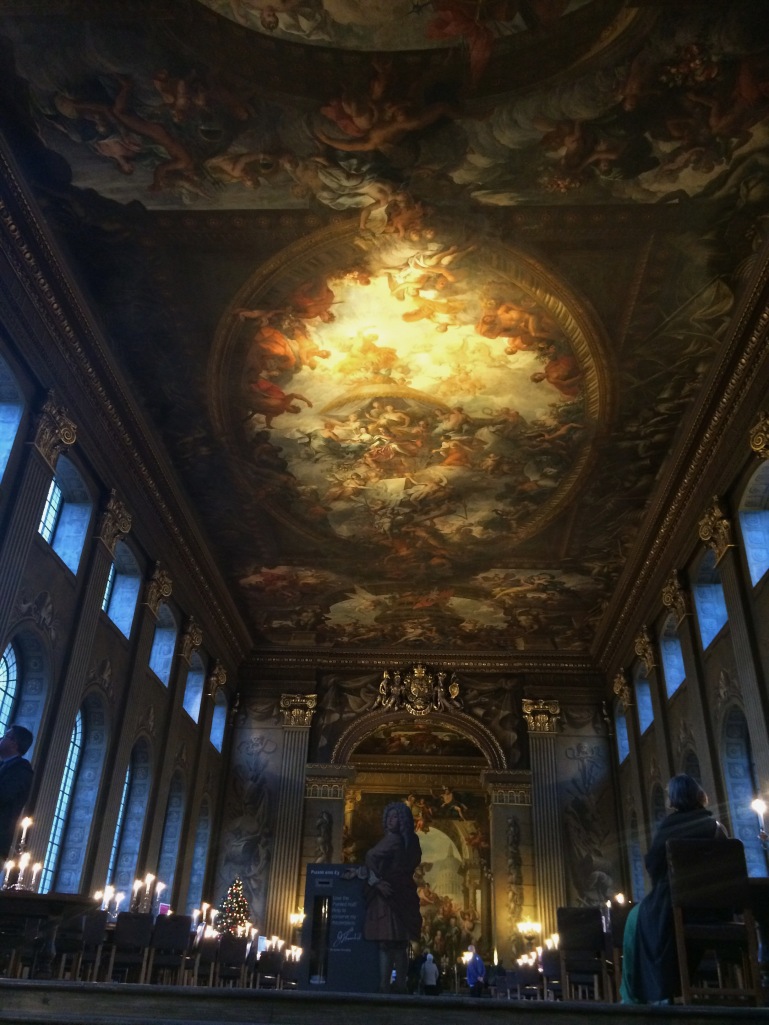 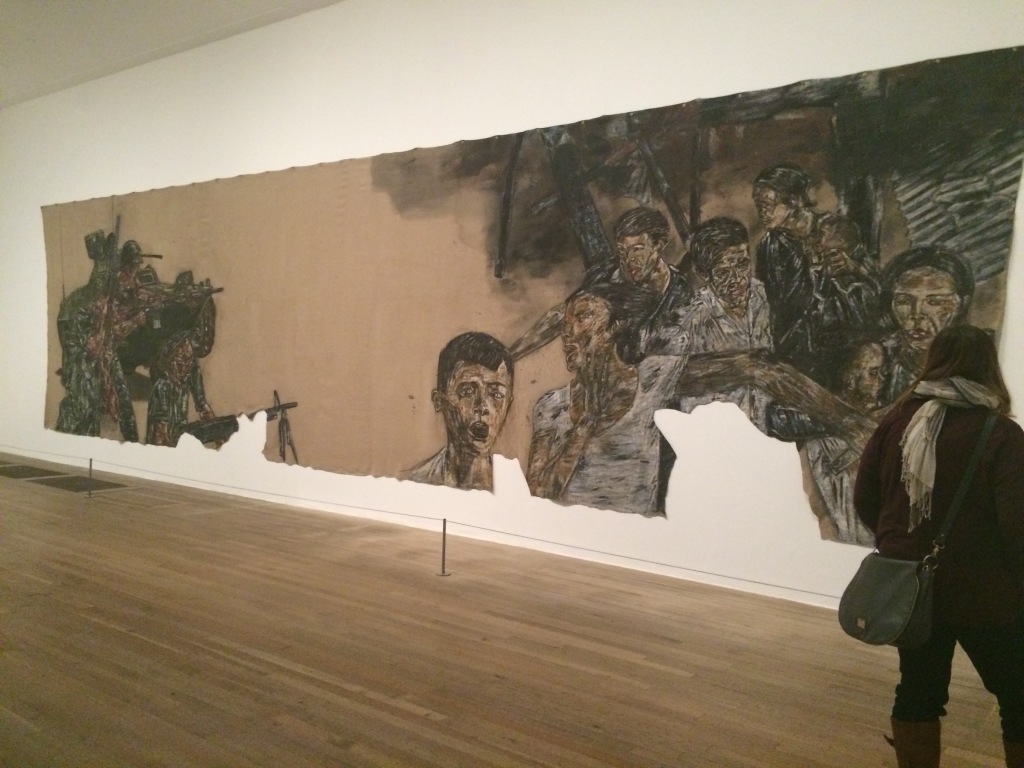 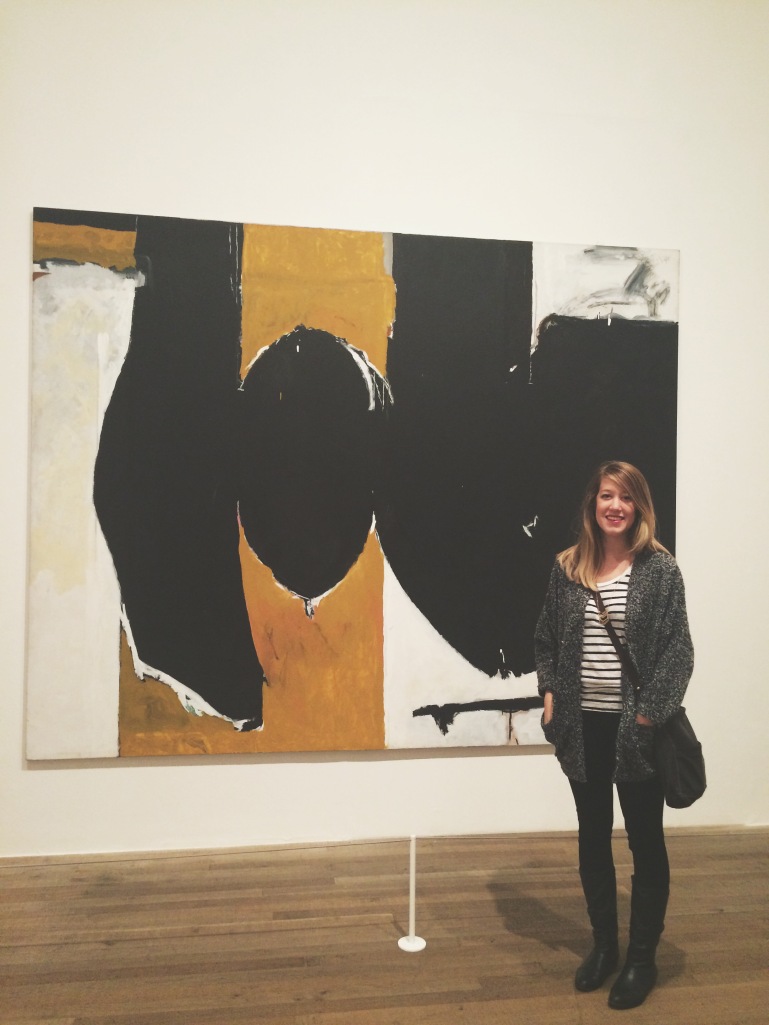 Seven. London was wonderful, but I’m much more content with the pace of Edinburgh. It feels good to be back. Well, except for the fact that being back means I have roughly two weeks to research, study, and type 7,500-ish words…all that stuff.

P.S. Thanks Jacci for being the bomb.